Happy Martin Luther King Jr. Day! On this day as we join the Dayton MLK March, we honor the dream of Dr. King and a… https://t.co/zy0w9E7zI0

Respiratory Care as a Career

Respiratory medicine involves the care of patients with all forms of respiratory disease. Respiratory specialists deal with over 30 different conditions, some very common and some rare. They help people take their first breath and their last.

The national employment rate for new respiratory therapists is an impressively high 84.6%. Closer to home, it’s even better: 100% of those who completed the respiratory care program at Kettering College in 2018 were employed in the field within six months of graduation*.

The demand for respiratory therapists has never been higher, with the number of positions expected to grow by 19 percent between 2012 and 2022; faster than average among all occupations. This anticipated growth is largely due to the fact that our population is aging, and older people are most likely to have breathing problems that require respiratory care.

Respiratory Care, changing the world one breath at a time. What they do: respiratory therapists use technology to care for tiny premature infants, children with asthma, and many other acute and critical patients. They help people take their first breath and their last. Education in Ohio: Kettering College is the only respiratory program in the state of Ohio to offer an accelerated course of study making it possible to finish your bachelor’s degree in only three years. Kettering College is also the only faith-based school in the state of Ohio. The program believes in demonstrating and teaching whole person care. Hiring Rates: Job opportunities are high in this field with the national average employment rate within six months of graduation being 84.6%. in 2015, 100% of the Kettering College graduates were employed in the field within 2 months of graduation. Pass Rates: National pass rates for the clinical simulation examination to earn the RRT credential is 71%, but in 2016 100% of Kettering College respiratory graduates passed! Fast-Paced Profession: Respiratory illness is common in the United States as millions of people suffer from genetic or environmentally developed respiratory conditions. This creates options within your respiratory career. You may choose to work within various roles as a respiratory therapist. Intensive Care Nursery, Emergency Department, Labor and Delivery, Land/Air transport, Diagnostic testing, pulmonary rehabilitation. Pay: The national media wage for respiratory therapists is $59,710 annually according to the Bureau of Labor Statistics 2017. Awards: Kettering College’s program has received the Distinguished Credentialing Success Award from the Commission on Accreditation for Respiratory Care for 5 consecutive years. Job Outlook: There is a current shortage of respiratory therapists and demand is projected to grow by about 19 percent from 2012 to 2022, faster than the average for most other occupations. 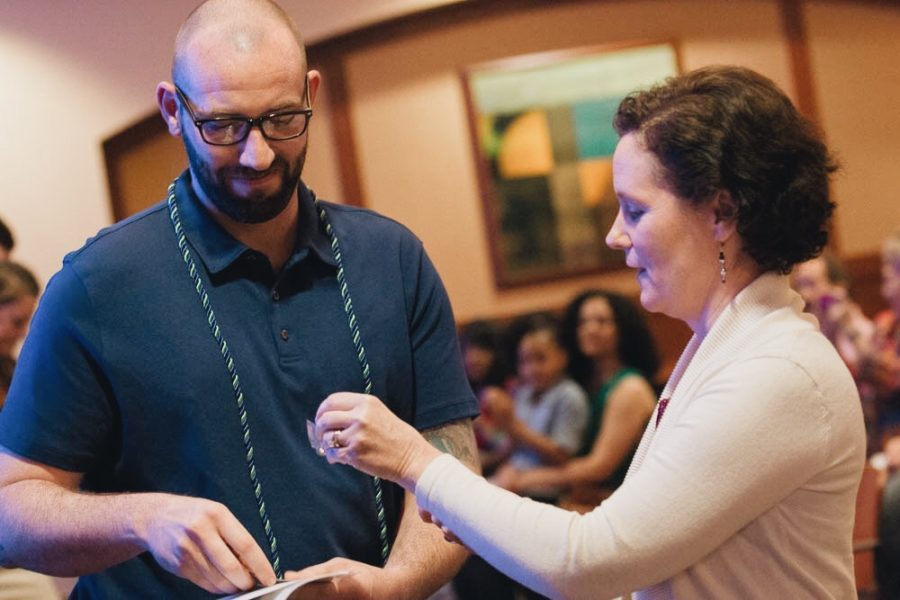 “When I was looking for a career change a few years ago, I originally was considering nursing, but all the local nursing programs were full. The more I heard about respiratory care, the more it appealed to me. By the time I graduated, I had really fallen in love with the profession. 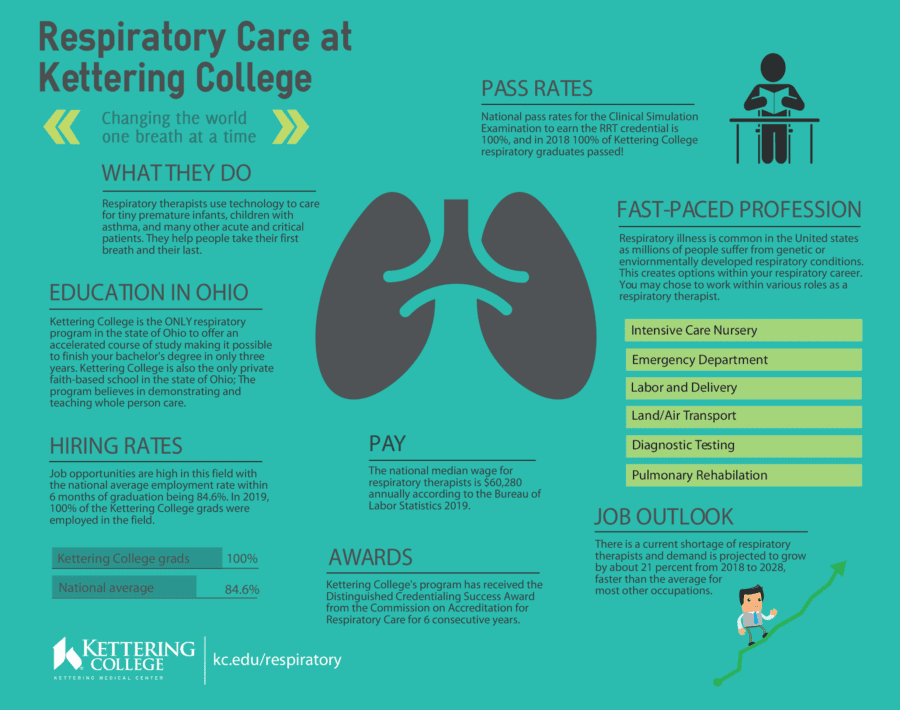